What is Period Poverty

Period poverty: why one in ten young women struggle to afford pads and tampons.

A survey by the charity Plan International UK found that one in ten girls or women aged 14 to 21 in Britain cannot afford sanitary towels or tampons. This seems a shocking statistic, given that the country is one of the wealthiest countries in the world. Indeed, some people on social media have questioned the statistic, finding it difficult to believe that anyone might not be able to afford the cost of sanitary products.

A packet of 20 sanitary towels or tampons costs roughly £2 to £3, and women might need at least a couple of packets a month: that’s a total monthly cost of around £10. Other costs potentially include pain relief. While it might not seem like a great deal of money, it is sadly the case that a growing number of people – particularly younger people – are struggling to afford the basics.

Over the past few years, there has been a massive rise in the use of food banks. In 2016-17, charities handed out over 1.2m emergency food parcels. There has also been an increase in people sleeping rough over the past few years, and the numbers evicted from rented homes increased dramatically from 2010 to 2015.

Young people are too often at the sharp end of poverty, either as children of poor families, or as young people trying to live independent lives. Families with children are more likely to live in poverty than others due to the falling level of benefit income, but also due to low wages and increasing costs, given how prices are rising at the moment.

Parents are borrowing money to make ends meet and falling into debt with their rent, electricity, gas, council tax and other bills. There is no spare cash. When young people try to leave home, they are faced with exorbitant rents and little support from the government to pay them. 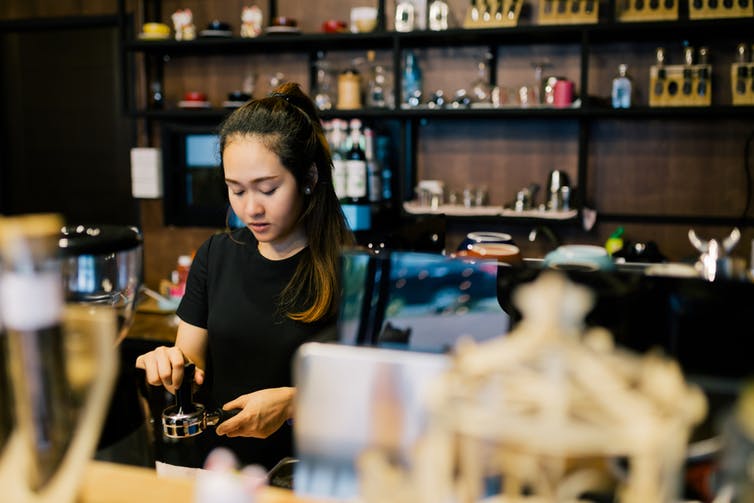 Youth unemployment has decreased, but zero-hours contracts mean that wages vary massively week to week, making it very difficult to manage money effectively. What’s more, the National Living Wage – which has given a pay boost to more than 300,000 low-income earners – does not extend to under-25s. Even those who go to university may not receive enough maintenance support to pay their rent – let alone their bills.

The media interest in “period poverty” originally focused on the case of a schoolgirl using a sock because her lone mother could not afford to buy sanitary items. The topic of periods has traditionally been a taboo, but such examples need to be shared, to shame the nation into action.

Scotland, at least, is piloting offering free sanitary products to women and girls. Meanwhile in England, schools are being asked to use their discretion (and their already tight budgets) to decide for themselves how to respond. Further education colleges and schools also need to consider what they might do about this issue.

But the basic problem is that, despite being one of the wealthiest countries in the world, there is a growing number of young people who do not have enough to cover the basic costs of shelter, food, fuel and hygiene. As well as dealing with this particular issue, it’s necessary to tackle the root causes of this problem, so that people can live with dignity and decency in society.